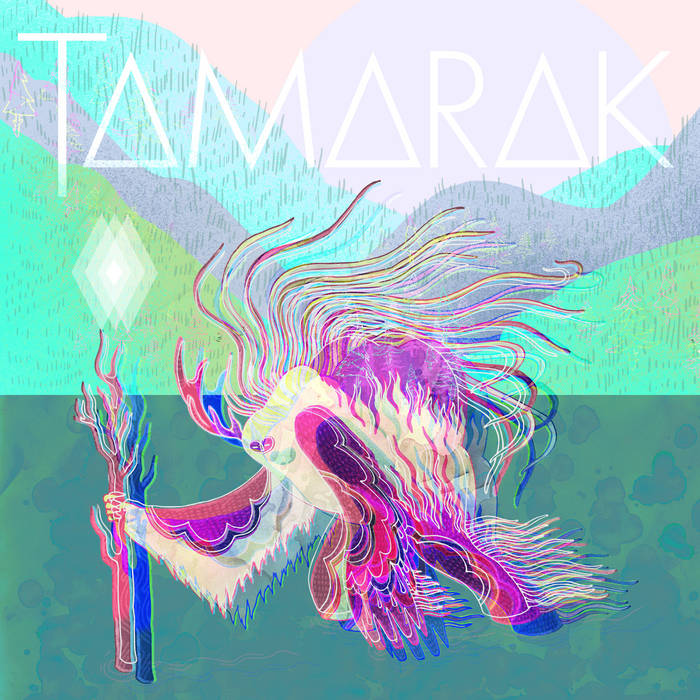 tamarak delivers his sophomore EP for Woodwork, delving deeper into his signature sound and revealing an extended palette of minimalist drum n bass this second time around, also enlisting a couple of vancouver's most sought after bass music producers who deliver some next level remixes.

'chromeus' is the opener, a clear and apt nod to tamarak's drum n bass roots, that holds down the minimal dub sound tamarak is known for...while sounding fresh and inspired at a spacious slower tempo, this track also tears a page from the metalheadz manual, akin to some later certificate 18 releases or to the infamous work of photek.

'sad cyborg' recalls the cinematic vibe of tamarak's other work... the sonic depth and dramatic placement of elements lend themselves to creating emotion and imagery in a stark backdrop of machine sound

'mirage' doubles down on the moody atmospheric dub flavours, adding spiky percussion layers, and perfectly setting up the remix section of the EP

the first revision comes courtesy of Longwalkshortdock, who is one of Vancouver's best known producers and an avid performer of his own strand of bass music that fuses several genres, doing each proper justice with his characteristic approach... here, he takes a shot at 'mirror stone', the title track of Tamarak's first EP, and delivers an absolute powerhouse version

closing out, a halftime remix of 'chromeus' is executed with elegant style by Taal Mala, a long time friend and associate of Tamarak and his project Daega Sound...Taal Mala brings dark intricate breaks and serious jacking vibes to the original at a drastically reduced tempo, bringing the EP full circle with a stunning version of the title track

Tamarak is the solo project of seasoned producer Josh Searles, known prominently as half of dub purveyors, Daega Sound.
First as a classically trained musician & now two decades as dj & producer with 50+ tracks released, Josh gravitates toward moody, atmospheric sound design firmly rooted in musicality.
Tamarak was developed as a new challenge in experimenting with alternate sounds and frameworks ... more

Bandcamp Daily  your guide to the world of Bandcamp

Guests include Kassa Overall and Muriel Grossman, plus an LP of the week by Van Hunt.